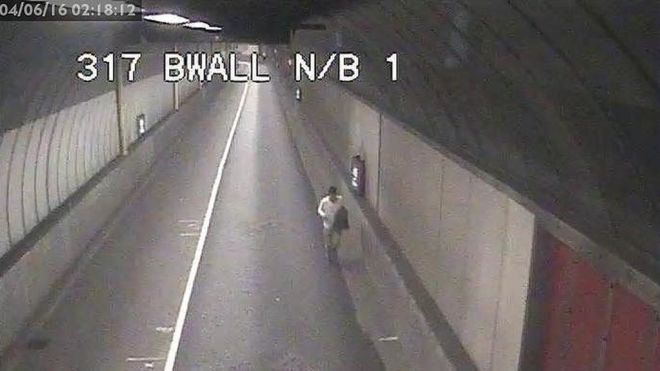 Blackwall Tunnel closed due to man ‘jogging’ through it

Blackwall Tunnel was closed temporarily in the early hours of the morning due to someone jogging through it, Transport for London said.

Police were called at 02:46 BST after the person was spotted on CCTV cameras in the northbound lane.

No arrest was made and the tunnel reopened 10 minutes later.

The tunnel closed for 20 hours on 24 May after a mobile crane spilled fuel in it,leading to five-mile queues and severe delays.