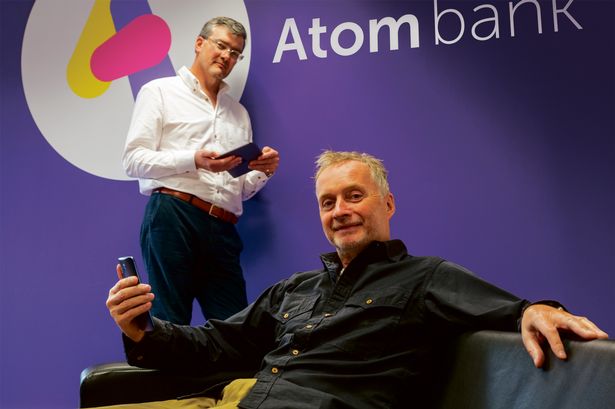 The challenger bank is also looking into adding fingerprint biometrics, to give its customers extra security peace of mind

Challenger Bank Atom will be pioneering the use of biometrics to give extra security for customers when it launches its app in the new year.

Online-only Atom Bank is taking on the major high street names after developing a range of personal and business banking products to be delivered initially using mobile apps, with a desktop version to follow.

The firm, which employs around 150 staff, completed the formal process with the financial regulatory body to gain its banking licence earlier this year, paving the way for its official launch.

Now the Durham -headquartered bank said it aims to lead the way with face and voice biometrics as core credentials for customers logging in to their bank, with face and voice recognition acting as the two key ways in which customers will be able to identify themselves to access their money and make financial transactions.

The firm said it took the action on the back of recent high profile hacking cases, where credentials and personal details have been stolen.

Atom’s system will involve customers showing their face to the app to view balance, or saying a few words to transfer some money, while also ensuring the registration and log in process of the bank is as simple and as safe as possible.

Edward Twiddy, chief innovation officer, said Atom is starting out with face and voice biometrics, but is already working on adding fingerprint to the list.

He said many people will already be using biometrics on a daily basis, with mobile phone fingerprint scanning now common, but the scanning of faces and recording of voices is new to most.

The biometric software Atom will be using is already used extensively around the world at airports and international border controls.

Mr Twiddy said: “Atom is taking a tiered approach to security. Once a customer’s identity credentials are registered – face, voice and passcode – they can choose how they want to log-in to the Atom app.

“If there’s an unusual or high value transaction, then we may ask for additional security checks.

They have more than 1,000,000 users enrolled on the biometric platform, with 4 out of 5 of their customers preferring biometrics to PIN or password as a way to authenticate themselves.

To provide their biometric gateway, Atom have partnered with IT services and solutions company CSC, the provider of ConfidentID, a mobile user authentication service powered by Daon’s IdentityX platform.

Beau Andersen, CSC’s UK industry General Manager, Banking & Capital Markets, said: “Ensuring a superior customer experience and high level of security for their customers will be key to Atom as they launch. We are delighted to be at the forefront of their inception and to be enabling a level of security which allows their customers to conduct transactions with confidence through secure authentication, a critical component of what they offer.”