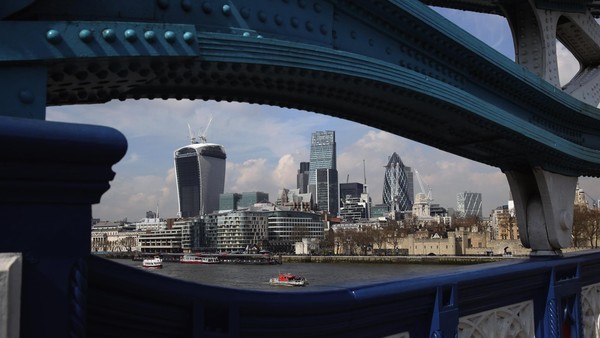 When Chinese insurer Anbang bid a reported £750m for the Square Mile’s Heron Tower this summer, it set a pricing record — despite the fact that some of its fellow foreign investors had already begun to sell out of the London property market.

Anbang’s deal — which is still under negotiation — is just the latest in a 20-year flow of overseas capital into London’s commercial property market. If the deal is sealed, the price for Heron Tower, built in 2011 by veteran London property developer Gerald Ronson, will top the £724m that Brazilian billionaire Joseph Safra paid for the Gherkin last autumn.

But Anbang is a relative late-comer — investment by fellow Chinese investors in the commercial London market peaked in 2013 at £1.9bn, according to figures from property adviser Cushman & Wakefield.

A series of foreign investors who bought properties in central London after the financial crisis have sold up, flipping their properties and pocketing massive profits as rising flows of later-stage capital continue to push up the city’s property prices.

James Beckham, head of Cushman & Wakefield’s central London investment team, characterises these sales as “profit-taking” but says there are still plenty of new entrants in the market wanting to buy in London.

Foreign investors are particularly dominant at the top end of the market. Of the 111 deals worth £150m-plus in the past three years, 84 per cent involved foreign buyers, according to Cushman.

Total investment volumes in the central London market hit a record £24.6bn last year, Cushman & Wakefield’s figures show, and the agent predicts that this year could exceed that.

The autumn dealmaking season is usually the busiest, as investors seek to empty their bank accounts before the year-end, and experienced advisers expect the coming months to see a particularly large number of transactions.

Anbang’s bid for Heron Tower, at 110 Bishopsgate, is likely to be just the first of a series of eye-catching negotiations.

Stephen Down, head of central London and international sales at estate agency Savills, says there will be “a fairly substantial uptick in stock coming on to the market”.

“The temptation is to think that this means they are calling the market, but that’s not the case,” he adds. “It is often private equity companies looking to take profits and return them to investors.”

The extended global downturn after the financial crisis meant that London’s commercial property market took a long time to recover, Mr Down says; some fund managers that bought early in the cycle are reaching the end of their fund’s life and need to cash in.

Those leaving through the revolving door of London’s property market are still bumping into newcomers heading in the other direction, however. Despite prices and yields being back at pre-crisis records, plenty of investors are still piling in.

The biggest buyers in the city in the year to date have been Canadian and US investors, according to Cushman data, investing £6.5bn between them so far this year.

They are “the bedrock of the market”, Mr Down says. “The market in the US has recovered and there is limited stock to be bought, so as a result that money is flowing over here.”

One of the most prominent transatlantic buyers is Canadian investment group Brookfield Property Partners. Its biggest deal to date was teaming up with Middle Eastern sovereign wealth fund the Qatar Investment Authority to take over east London business district Canary Wharf in January.

It has also started work on the construction of a new City skyscraper shaped like an A-line dress, which lacks a snappy nickname but is officially called 100 Bishopsgate.

“London is one of the few important capitals of creativity, culture and finance in the world,” he says. “It’s a city we’re excited about.”

He cites the shortage of office space, coupled with rising demand from occupiers as London’s economy grows, as a vital attraction for investors, as it means rents are likely to rise over the coming years.

Many in the property industry also point to the diversity of the UK’s capital: never before have investors from so many countries been spending in London at the same time.

Others, however, suggest this is false optimism. “With domestic buyers largely displaced by foreign investors, any change in the environment could spark a rapid outflow of capital,” says Richard White, head of UK real estate at KPMG.

The intense competition for deals is pushing investors into new markets, such as housebuilding or student accommodation, or moving out of town to smaller regional markets.

Brookfield focuses on assets that it can improve — a riskier pursuit than simply buying the glossiest properties that already have chunky rent rolls, but one that brings greater rewards, according to Mr Clark.

In this, it is a trendsetter: the competition for assets is encouraging an increasing number of investors to move into riskier parts of the market — either by buying rundown buildings to improve, embarking on development projects or taking on more debt. Lending to property companies has jumped sharply in the past year.

“Yes deals are harder to come by now, but most capital is looking to invest in fully leased, safe investments while we typically buy assets where we see a need for capital and an upside that can be generated,” Mr Clark says. “There is less competition on those assets that carry more risk.”