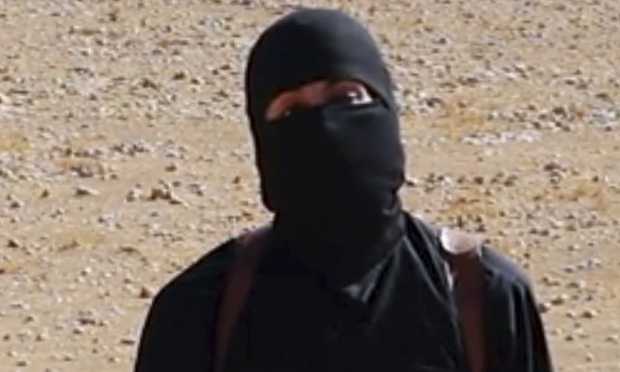 Mohammed Emwazi, the Islamic State (Isis) extremist behind the beheading of western hostages, was able to flee Britain and the scrutiny of the security services, despite being a member of a terror cell that was known to have links to the failed 21/7 attacks on London in 2005, the Observer can reveal.

One leading member of Emwazi’s network had a telephone conversation on the day of the attacks with Hussein Osman, who was later jailed for life for placing an explosive at Shepherd’s Bush tube station.

The security services were also aware that associates of the 12-strong west London terror group had joined the four 21/7 bombers at a training camp in Cumbria a year before the attempt to bring carnage to London’s streets.

The revelations, contained in court documents seen by this newspaper, raise urgent questions over how Emwazi, who became known as “Jihadi John”, was able to evade surveillance, slip out of the country in 2013 using false papers and re-emerge in Syria a year later to become the world’s most wanted terrorist.

Not only was Emwazi a “person of interest” for MI5 as a member of a London jihadi cell set up in 2007 to recruit for al-Shabaab, an al-Qaida affiliate, but at least one member of his network had a connection with one of the most infamous crimes in British history.

Analysis My meeting with Mohammed Emwazi’s friend as they sought a radical path
After the revelation of the Isis killer’s identity, the Observer’s Jamie Doward recalls another young man who was drawn to extremism but turned away
Read more
The failed 21/7 attacks came a fortnight after four men blew themselves up on tubes and a bus, killing 52 people and injuring more than 700, the worst terrorist atrocity committed on British soil.

The shadow home secretary, Yvette Cooper, called for an urgent review into whether the coalition’s decision to weaken counter-terrorism laws had played a role in Emwazi being given the chance to travel to Syria and become a figurehead for Isis.

MI5 had been aware of Emwazi for six years before he appeared on a hostage video for the first time in August 2014, but appears to have been unable to control the network of which he was a part.

It is understood that three members of Emwazi’s network had been subject in 2011 to control orders brought in by the last Labour government, which meant they had to live outside London. However, those control orders were disbanded by the coalition; they were instead subject to Tpims – terrorism prevention and investigation measures – which allowed them to return to London and re-engage with Emwazi.

Two of the men on these weakened orders – known only as BX and CC in court documents – later absconded. Emwazi fled to Syria shortly afterwards.

Cooper said: “We need to know whether Theresa May’s decision to ignore all our warnings and weaken counter-terror powers has made it easier to organise and recruit for Isil [Isis].

“Suggestions of possible links between those carrying out atrocities on behalf of Isil [Isis], and those behind the 21/7 planned attack on London, are very concerning.

“It has been clear from the outset that Tpims are too weak, and it is striking that only one person is currently on a Tpim, despite everything we have been told about the increased threat. At the very least, the prime minister should now ask the intelligence and security committee to examine the period following the scrapping of control orders. Parliament needs to know whether the legislation to alter counter-terror powers affected the UK’s ability to prevent known terrorists continuing to develop networks in London.”
A former deputy chief of MI6, Nigel Inkster, told the Observer that it had now become clear that the previous control-order regime had been a better way of monitoring and controlling subjects.

“Control orders seem to be rather more effective than what has replaced them. They [the government] need to be careful about coming up with new measures of the Tpims variety, which clearly haven’t been wildly successful.

“The problem with UK counter-terrorism legislation over the past decade is that it has become a patchwork of knee-jerk responses to specific events, rather than something that has really been thought through,” Inkster added.

The home secretary did seek to deport the man who spoke to Osman on the day of the 21/7 attacks – known in court papers only as J1 – on national security grounds in 2011. The 35-year-old, who has lived in the UK since 1990, won an appeal in 2013 on the grounds that it would be an infringement of his human rights to be sent back to Ethiopia.

Former home secretary David Blunkett said he, too, was concerned that the coalition had weakened its efforts to engage with Muslim communities. He said that while the former Prevent strategy, which had been criticised for funding groups with links to extremists, had “room for improvement”, it had been “quite wrong” for the coalition to “throw the baby out with the bath water”.

A Home Office spokesman said: “Control orders were not working and were being struck down by the courts. Tpims have been endorsed by the courts, counter-terrorism reviewers, the police, and the security service. Following a review of the powers available to manage the terrorist threat, the range of measures available under the Tpim Act is being extended, including a measure to allow Tpim subjects to be relocated to different parts of the country.

“Additionally the Counter-Terrorism and Security Act, which became law this month, will bolster our already considerable armoury of powers to disrupt the ability of people to travel abroad to fight, reduce the risks they pose on their return, and combat the underlying ideology that feeds, supports and sanctions terrorism.”