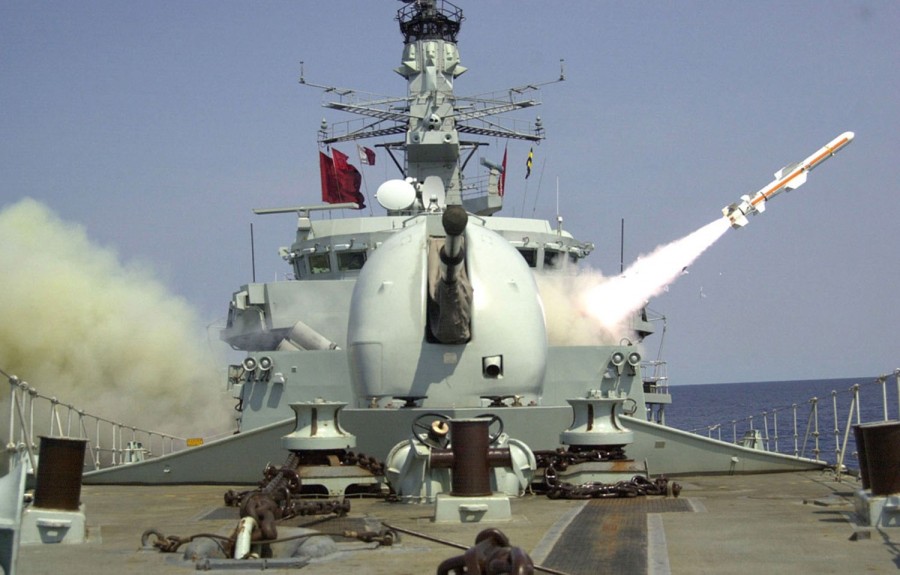 The Defence and Security Equipment International exhibition is taking place in London’s Docklands this week.

Supported by the Ministry of Defence, it’s the largest trade fair of its kind, bringing together leading defence and security specialists from around the world.

According to those tasked with organising the event some 1,500 exhibitors will be in attendance, including the likes of BAE Systems, Rolls Royce, Thales and Boeing – 448 of them for the first time.

Showcasing the latest technology and products the halls will be divided into a number of zones including Land, Sea, Air, Security and Special Forces and Medical Innovation, among others.

Ships including the Royal Navy’s Type 23 Frigate HMS Iron Duke will also be moored alongside vessels from Belgium, Canada, India and Germany.

Waterborne demonstrations of high-speed craft built to tackle piracy and terror threats will also be taking place in the Royal Victoria Dock.

Aircraft including Typhoons, Merlins and Wildcats will also be on display, although not flying. Drone technology and Future Soldier Systems will also have a large presence.

The event, however, is not without controversy with critics labelling it the ‘World’s Biggest Arms Fair’ and accusing the organisers and the British government of playing host to dictators, authoritarian regimes and mercenaries.

Hundreds of campaigners are also expected to attempt to disrupt proceedings with peace activists last week managing to chain themselves to a military vehicle trying to enter London’s ExCel exhibition centre.