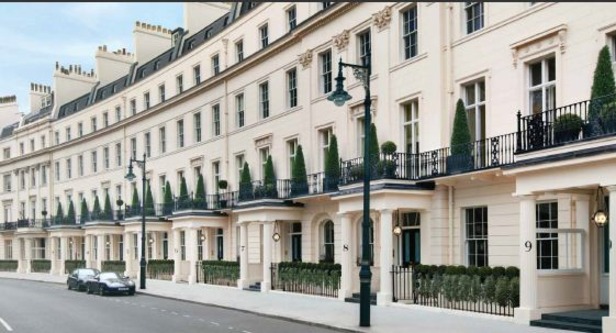 London house prices will nearly double within a decade

Do you think Britain’s house prices are out of control right now?

Well, it’s only going to get worse. A housing research report commissioned by an estate agents group says that property prices are going to rise by 50% within the next decade.

However, London house prices are predicted to nearly double within 10 years.

The National Association of Estate Agents and the Association of Rental Letting Agents pegs the average house price in Britain at £280,000 and says prices will rise to £419,000 by 2025.

Their numbers are pretty similar to the Office for National Statistics, which places the average cost to buy a house right now in Britain is at £287,000. That means in 10 years time, it will cost £430,500 to buy a place in the UK.

London house prices are predicted to nearly double to £931,000.

“House prices are only going to go one way, and unfortunately that is up. For so many already priced out of the market, this is news aspiring house buyers will not want to hear,” said Mark Hayward, managing director of the NAEA, in the report.

“Ongoing house price inflation, combined with low wage inflation, tighter lending restrictions and a shortage of affordable housing, means owning a home will continue to be a distant dream for many.

“Increased rental costs will also make it more difficult for current renters to save for a house deposit; as much of their income will be eaten up in rent.”

What’s even worse is that Britons will feel the knock-on effect from a rise in rent because more people will be priced out the market.

Today’s report seems incredibly bullish but it does fall neatly in line with a range of other data out there.

In November, the Royal Institution of Chartered Surveyors said in its RICS Residential Survey for October that UK house prices are expected to rise by 4.5% per annum over the next five years (a cumulative increase of around 25%). The chief economist at RICS said that propertywill become increasingly “unaffordable” during this time.