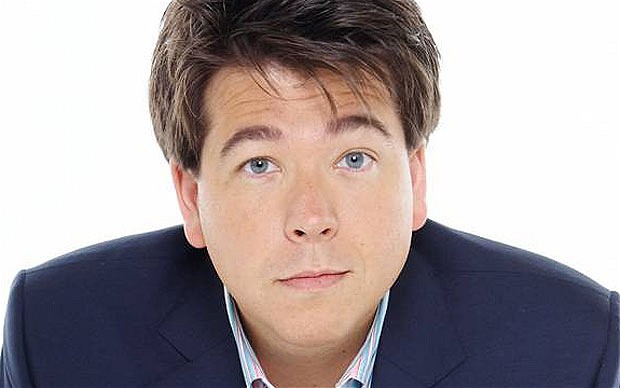 A picture tweeted by a police helicopter team showing comedian Michael McIntyre standing in a London street is being investigated by the Information Commissioner’s Office for a possible breach of data protection laws.

Michael McIntyre was snapped using a surveillance camera outside the Global Radio offices in Leicester Square at around 8am this morning.

The photo, posted on the National Police Air Service’s (Npas) London Twitter account (@NPASLondon), was captioned: “Whilst on tasking [sic] in central London this morning we spotted a certain energetic funny man … Can you guess who?”

An Information Commissioner’s Office spokesman said: “Police forces, like all other organisations, must comply with the Data Protection Act. The police especially must ensure that they have legitimate grounds for processing personal data and disclosing images of this nature without a justifiable policing purpose could potentially breach the Data Protection Act. We will follow this up with the force concerned.”

Surveillance camera commissioner Tony Porter said he believed the post was a breach of the surveillance camera code of practice, the 12-point code established in June 2013 to ensure the surveillance system was used for legitimate purposes.
Screengrab taken of NPAS London tweet showing comedian Michael McIntyre taken by a police helicopter. The tweet has been deleted. Photograph: PA/PA
Porter has contacted the Metropolitan police, which has overall responsibility for NPAS in London, to discuss the matter.

He said: “Under the code, images should only be used for their stated purpose, which for the police is to tackle crime and anti-social behaviour. Access to data that is captured by surveillance should be restricted – disclosure should only take place when it is necessary for law enforcement purposes. Public disclosure of anyone’s image for the purposes of fun is a clear breach of that.”

Porter added that he would be seeking assurances from police forces that officers were made aware of the code to ensure the incident was not repeated.

Rachel Robinson, policy officer of human rights organisation Liberty, criticised the tweet, saying: “[The] NPAS is getting a reputation for irresponsible tweeting and, with public concern around the misuse of state surveillance growing, this latest example suggests a blase attitude to our privacy. This doesn’t bode well for those of us concerned about police use of new surveillance technology such as drones. How confident can we really be that our privacy is being taken seriously?”

Robin Wilton, using the Twitter handle @futureidentity, tweeted: “Did you seek the individual’s consent? Or is this an abuse of your considerable surveillance powers?”

Another, Edward Davie (@EdDavie), said: “You do a great job but this is dodgy. Do you have permission to post pics of these people from a spy cam on Twitter?”

Helicopter surveillance is overseen by Npas, with regional bases across the country.

Each aircraft carries a variety of hand-held digital cameras, capable of taking high-resolution images to be used for evidential purposes or to assist officers in planning and executing operations. They are also capable of streaming live footage to command bases.

Police also regularly fly planes, fitted with surveillance equipment capable of intercepting phone calls and listening in on conversations, over London, according to reports.

On Wednesday, the ground operations director for Npas, Superintendent Richard Watson, said: “We are aware of the tweet and, as far as we are aware, it does not breach any data protection legislation. We feel however it was inappropriate and it has since been removed.

“We will be speaking to the person who posted the tweet.”

A spokesman for McIntyre said there would be no comment from the star.