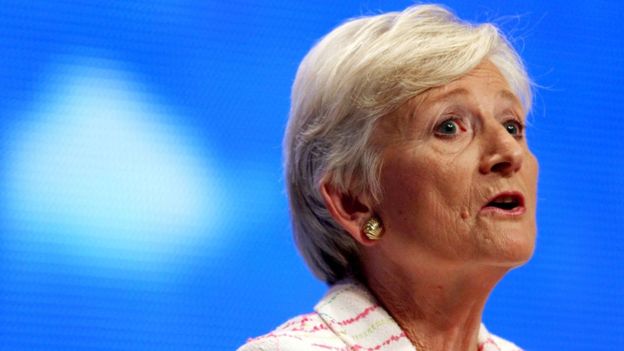 Former security minister Baroness Neville-Jones says she is “alarmed” by people using mobile phones in public instead of being more alert to the risk of a potential terrorist attack.

She told BBC Radio 4’s Today programme that people should take more notice of their surroundings.

Measures such as the closure of railway stations in Munich on New Year’s Eve would become more likely.

Such moves showed “prudence and proper caution” by authorities, she said.

Official guidance is that members of the public should be “alert but not alarmed” about the threat of terrorism.

But Lady Neville-Jones, former head of the Joint Intelligence Committee, said people were not as vigilant as they could be.

“I think being alert is very important,” she said. “I am alarmed by the number of people I see wandering along the street entirely engaged in their mobile telephones and with their ears plugged in to music.

When interviewer John Humphrys said that was “how we should be able to lead our lives”, she added: “Maybe, but I do think you need to take some personal responsibility.”

Two railway stations which were closed in Munich in response to a suspected terror threat reopened on Friday after German officials said there was no sign of an imminent attack.

Lady Neville-Jones said: “I do think we are going to have to get used to what we have seen yesterday in Germany – that is to say alerts which close places of public functions, and higher levels of security in big public gatherings.

“That is prudence and proper caution on the part of intelligence and the police authorities.”

Authorities have a responsibility to take information seriously, even if the wider picture is not clear, she said.