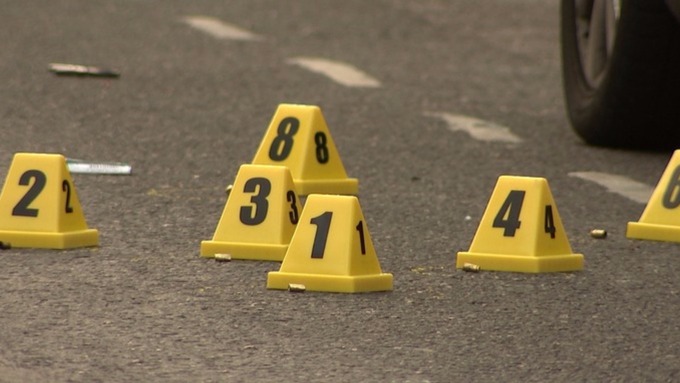 Nine people have been arrested after a north London shooting in which a man was killed and a woman seriously injured.

The attack on a street in Wood Green happened at the height of Friday evening’s rush hour, with 42-year-old father of two Erdogan Guzel pronounced dead at the scene around an hour later.

The woman, 51, was taken to hospital and remains in a critical but stable condition.

Police said both victims were innocent bystanders who got caught up in a “violent dispute between other persons”.

Six people were arrested at Gatwick Airport and the other three at an address in Hornsey, north London, police said.

The six comprise two men, aged 25 and 20, and two boys, both aged 16, all of whom have been arrested on suspicion of murder.

Two women, aged 21 and 61, have been arrested on suspicion of conspiracy to murder.

The three men arrested in Hornsey are aged 55, 23 and 26 and are being held on suspicion of murder.

Detective Chief Inspector Tim Duffield, of the Homicide and Major Crime Command, pleaded for anyone with information about the shooting to come forward, adding: “I believe there are people out there who know who is responsible for this terrible crime and I appeal to them to consider how they would feel if their loved one was killed or seriously injured whilst going about their business.

“I would like to reassure anyone concerned about contacting the police that they will be treated with the utmost sensitivity and there are measures that can be taken to protect you.”