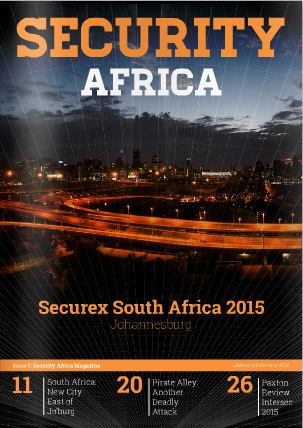 In this, our first edition of 2015, we are pleased to bring our readers updates on security developments in the African continent, along with a mix of important Investment and political news. This issue includes reports on Access Control, Water Based Suppression systems and Marine Security, as well as an early preview of our media partner, the Securex South Africa exhibition in Johannesburg this May.

Our editorial features include a report on the development of a new city in Modderfontein in eastern Johannesburg, initiated with Chinese funding, which looks set to contribute to the flourishing business hub of South Africa. Also in South Africa the shale gas reserves under the vast Karoo region could lead to a solution to the country’s electricity supply problems for 53 million people.

In Cote d’Ivoire, a West African country that has been ravaged by civil war for over a decade, the opening of a new bridge in the financial capital Abidjan, funded by the African Development Bank, promises a more optimistic period.

Security on the seas is also of paramount importance to African development. Whereas the threat in East Africa has diminished in recent years, largely because of the floating armaments ships which deter pirates, there is a growing concern about attacks to oil tankers in the Gulf of Guinea.

News from the African continent in the last six months has been dominated by the Ebola outbreak. As a final note to our readers I am glad to be able to communicate some positive news on this score. The World Health Organisation reports that in the week ending 25th January 2015 there were just 99 cases of Ebola in West Africa – 65 in Sierra Leone, 30 in Guinea, and only 4 in Liberia. We can also celebrate the border control vigilance of Nigeria, which led to the country experiencing only 8 cases of the disease.

These welcome statistics seem to indicate that measures to control Ebola are beginning to take effect, despite media speculation that the disease might spiral out of control.  With this optimistic news in mind, along with the other business developments in this issue, it seems appropriate to look forward to a prosperous and, of course a secure 2015, for Africa and for all of our readers. 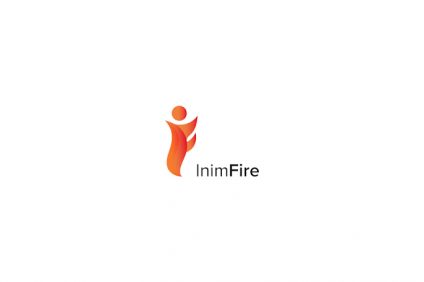