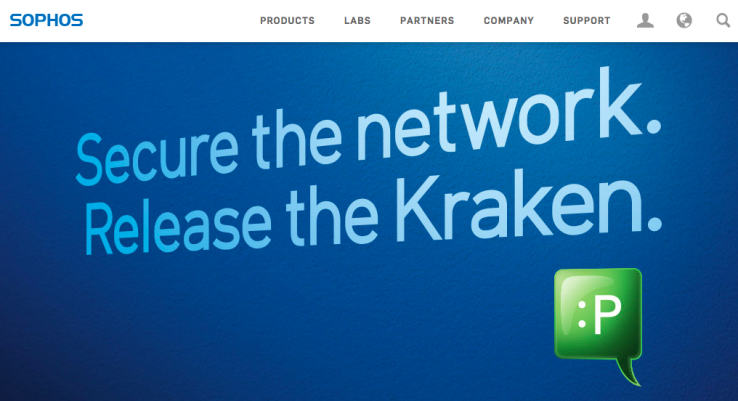 Sophos, the security company that makes antivirus software, firewall hardware and other products for networks, individual users and servers, is going public this morning on the London Stock Exchange, with Sophos Group plc to trade as “SOPH.” In its initial public offering, the company will sell 34.8% of its shares at 225 pence each (or 156,521,740 shares). It plans to raise $125 million on a valuation of £1.013 billion ($1.6 billion) — making it the latest tech “unicorn” to come out of the UK.

“Today marks a significant milestone for all of us at Sophos,” said Kris Hagerman, CEO of Sophos, in a statement. “We are proud to be part of Britain’s growing tech economy as a listed business and a leading global provider in the cyber security sector.  Working with our 15,000 channel partners worldwide, we look forward to the next stage of our development as a public company – and to continuing to deliver ‘complete IT security made simple’ for enterprises of any size.“

The company today makes $447 million in revenues on billings of $476 million from 200,000 business customers and 100,000 individual users. The company uses an extensive channel network of 15,000 partners (including the likes of Facebook) to sell its products, with the company itself employing only 2,500 people.

Tech people who like to read about tech news online (like you) might also know Sophos for its well-regarded blog, Naked Security, which picks apart some of the bigger threats, issues and news in the industry, for an interested but not necessarily specialist audience. On the product front its products variously compete against the likes of AVG, McAfee, Kaspersky, Symantec and more.

There is a trend among some startups today to hold back on going public quickly — especially if a company’s financials look like they may not stand up to the scrutiny.

But Sophos is not a spring chicken startup: the company has been around since 1985 — nearly since the beginning of our modern love affair with technology. In 2010, Apax Partners acquired a majority stake in the company for $830 million.

The company says it is raising the money on the public market “to reduce overall indebtedness and provide the Company with greater financial flexibility to drive the future growth of the business.”

After the IPO, Apax will own 40.1% of shares, founders Jan Hruska and Peter Lammer (who continue to advise the board) will hold 18.9% of shares, Investcorp will have 2.5% and company directors will have 1.7% of shares. Morgan Stanley is managing the IPO.