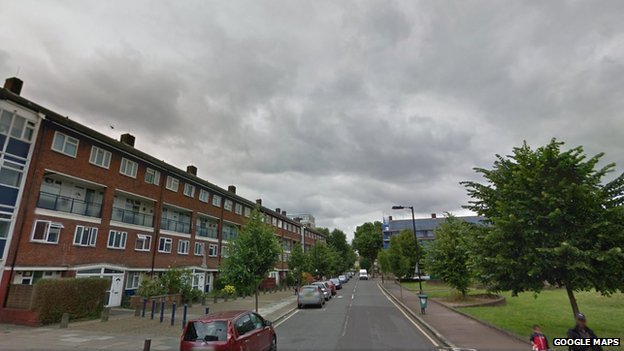 A man who threatened a baby with a knife stabbed a police officer twice when he tried to intervene.

Police were called to Cooks Road property in Walworth, south London, at about 20:15 GMT on Saturday, after reports the man was armed and had picked up a baby.

When police arrived the man put the baby down but stabbed the officer in the head and shoulder.

A man, aged in his 20s, was arrested on suspicion of attempted murder.

Scotland Yard said the officer, who is in his 30s, was taken to hospital for treatment but has since been discharged. His injuries were not considered serious.

The baby was not harmed during the incident, the force added.