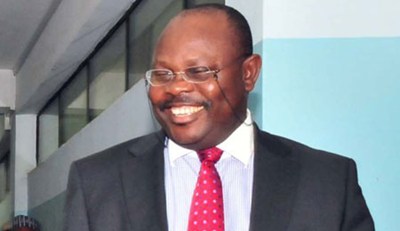 Why FG’s Deploying Biometrics Enrollment Centres in UK, Australia, Others

The federal government has said that registration of Nigerians in the Diaspora, for the National Identity Number/Card (NIN), will kick off in its foreign missions and embassies soon.
The CEO of the National Identification Management Commission (NIMC), Mr. Chris Onyemanam, has expressed optimism that the project would be achieved through collaboration with the Ministry of Foreign Affairs to deploy biometric enrollment centres in the United Kingdom (UK), Australia, US and several of its foreign missions.
The reason why this has become imperative, Onyemanam said, is for government to efficiently deliver services to Nigerians resident abroad, and at the same time meet their demands. The NIMC boss reiterated that it is within the mandate of the commission to issue a unique National Identity Number (NIN), to every Nigerian, whether they are within or outside the shores of the country.
He made the disclosure in a media briefing on the attainment of 95 per cent compliance status attained by NIMC and the BVN data harmonisation, weekend in Abuja, and said: “We are in collaboration with the ministry of foreign Affairs, and we have attained advanced discussions and the aim is to set up enrollment centres at the mission offices.”
According to him, the offices will have the staff and equipment that are adequate enough to issue unique identity to Nigerians in the Diaspora and at the same time process and crystallize their cards and get these cards from here where they will be customised to those mission offices, where they enrolled and will be issued to Nigerians abroad.
“We also have the authentication and verification services as well, so in the course of service delivery to Nigerians abroad they can use token as a form of identity to ascertain exactly who they are,” he added.
Onyemanam said: “I think this is in line with what government is putting on our resources abroad for our fellow professionals abroad. This is also the first step in uniquely identifying who they are, and arming government with the data and statistics they require to plan for these groups, whether it is in terms of service delivery.
“I think that it is a good to save a lot of cost of having to travel all the way from they are like in Australia, Japan, US or UK of coming to get their unique identification similar to what the BVN has done”, he said.
While saying that a central database would enhance the work of security organisations, he added that it would also help government achieve its pro-poor programmes.
“Currently as we speak, there is a similar harmonization and implementation committees at MDAs level liaising with the Nigeria Police, and of course within some common legal framework, we are also doing the same thing with the National Pension Commission, (PenCom), the National Population Commission (NPC), the Independent National Electoral Commission (INEC), Federal Road Safety Corps (FRSC), Federal Inland Revenue Service (FIRS), and the National Health Insurance Scheme (NHIS) following successive presidential directives since 2013”, he said.
In a remark, the MD, Nigeria Interbank Settlement System (NIBSS), Mr. Ade Sonubi, expressed appreciation on the 95 per cent harmonisation level of BVN and NIMC central collation data, adding: “It is good that the banking industry having the BVN is one of the first to integrate with NIMC and have the need matched with the identification that we are giving to our customers.”

Acknowledging the import of the integration, the NIBSS MD, said: With this collaboration, where there are reliable data services we can actually enhance each other, and ensure that at the base of all the identification, there is one that represent you as an entity in Nigeria and that is the NIN.”.
Still stressing the importance of the collaboration, the Deputy Inspector General of Police, Force Criminal Intelligence and Investigation Department, Mr. Christopher Kakwe Kasu, explained that the lack of harmonised biometric data has not helped the force in the past, adding that flying in forensic experts for high profile murder has not yielded the desired result.