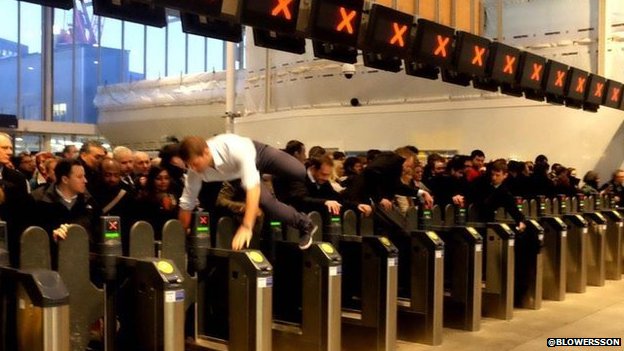 Delays at London Bridge due to broken freight train

Passengers at London Bridge railway station are experiencing delays of more than an hour due to a broken-down freight train.

The disruption, expected to last until the end of service on Monday, comes after thousands of people were stranded last week during rush hour.

Southern services are currently affected and Thameslink trains are unable to use the station.

Passengers reported being stuck on trains outside the station.

“Everyone calm at the moment but you wait until our phone batteries expire.”

Another said hundreds of thousands of rail passengers into London Bridge were delayed.

A Department for Transport spokesman said it was “extremely frustrating” thousands of commuters faced unscheduled disruption “once again”.

“It is vital that Network Rail and the operators keep passengers informed and we are urgently speaking to them to ensure this happens,.”