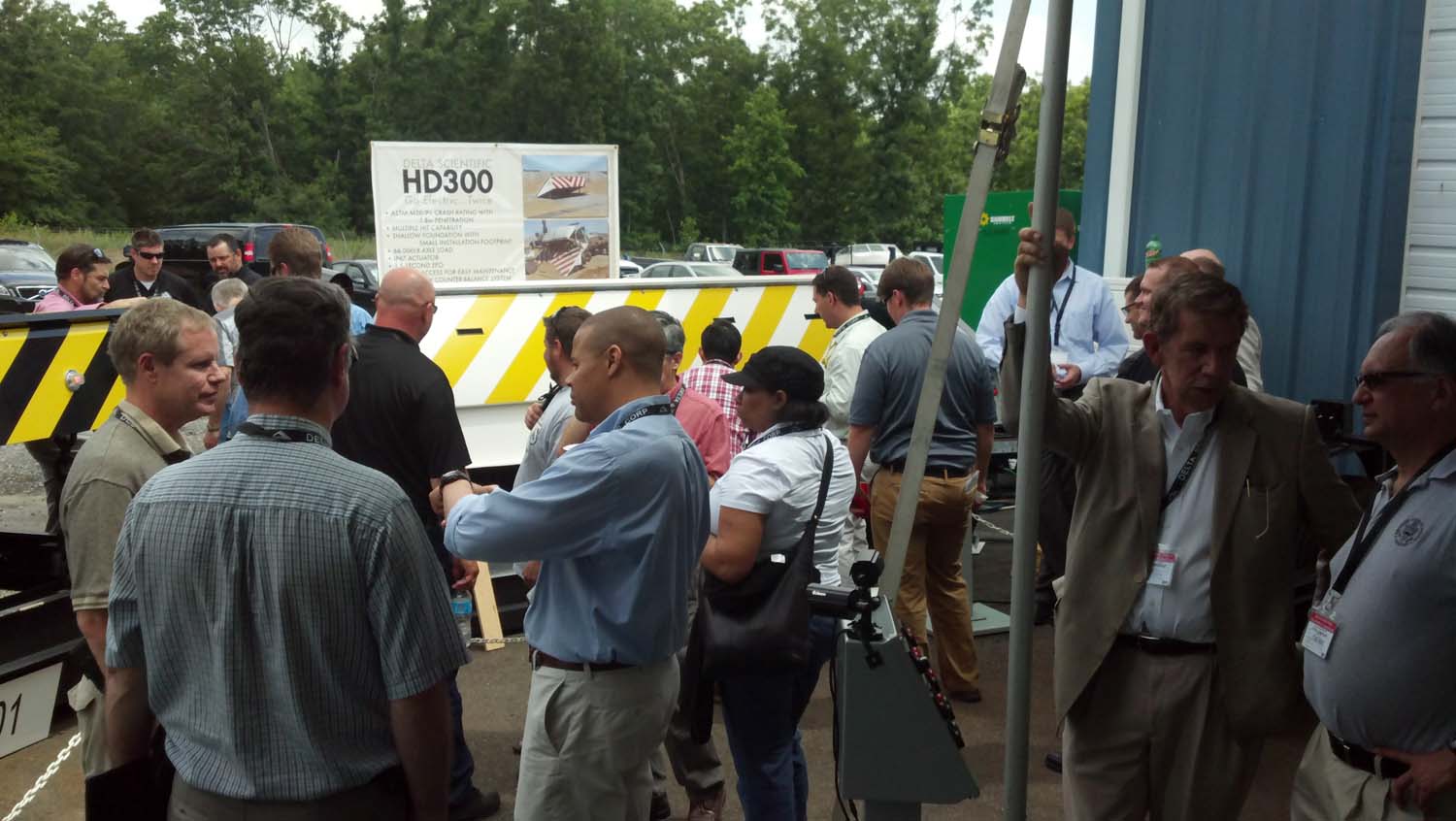 Delta Scientific, the leading manufacturer of counter-terrorist vehicle control systems used in the United States and internationally, today announced that government officials and security professionals can see demonstrations of Delta’s wide line of anti-terrorism vehicle barriers, bollards, crash-rated gates and other equipment, including new products on March 5 from 9 am to 4 pm at Delta headquarters at 40355 Delta Lane in Palmdale. Maintenance training will also be available on-site during the Delta Trade Show Event.

“Last June, over 150 government officials, security professionals, integrators and contractors came together at our Fredericksburg, Va. office for our inaugural Delta Equipment Demonstration and visited an average of three to four hours apiece,” relates Keith Bobrosky, Delta Scientific sales manager. “Attendees asked that we do this event twice a year, the next time on the West Coast.

“As a follow-up, this year we are celebrating 41 years of protecting the world’s most important facilities by opening our headquarters and letting people walk our barrier assembly line to view the entire manufacturing process from start to finish,” emphasizes Bobrosky. “This is a chance for many of the people who actually order our products for locations around the world to view demonstrations of these products.”

In the United States alone, Delta Scientific secures over 110 Federal buildings, including courthouses and FBI locations. Delta also provides vehicle access control for over 160 U.S. embassies and consulates in 130-plus countries as well as those of the United Kingdom and other nations. Recently, a gunman started shooting up the federal courthouse, the Mexican consulate and the Austin (Texas) Police Department headquarters. In the middle of the melee was standing a Delta bullet-proof guard booth. During the shooting, nobody was injured but the gunman, who was killed.

New products will also be on display such as the green-friendly new HD300 barrier, available with either a fully electric or hydraulic control unit, that will stop a 15,000 pound (66.7 Km) vehicle traveling 50 mph (80 kpm). Upon impact, the barrier remains in its foundation and the opening stays blocked, providing a multiple hit capability. In its M50 crash test, the HD300 completely disabled the test vehicle, causing severe damage to the occupant department and power train. The maximum penetration recorded was an outstanding -1.8 m on the passenger’s side. The P1 penetration rating was given because the penetration beyond the protected side of the barrier was less than 1.0 m at the lower leading edge of the test vehicle’s cargo bed.

To attend the March 5, 2015 Delta Winter Trade Show Equipment Demonstration, security administrators and officials should RSVP Delta Scientific at 661-575-1100 or contact their Delta Scientific representative. Admission is free and Western-style BBQ will be served.