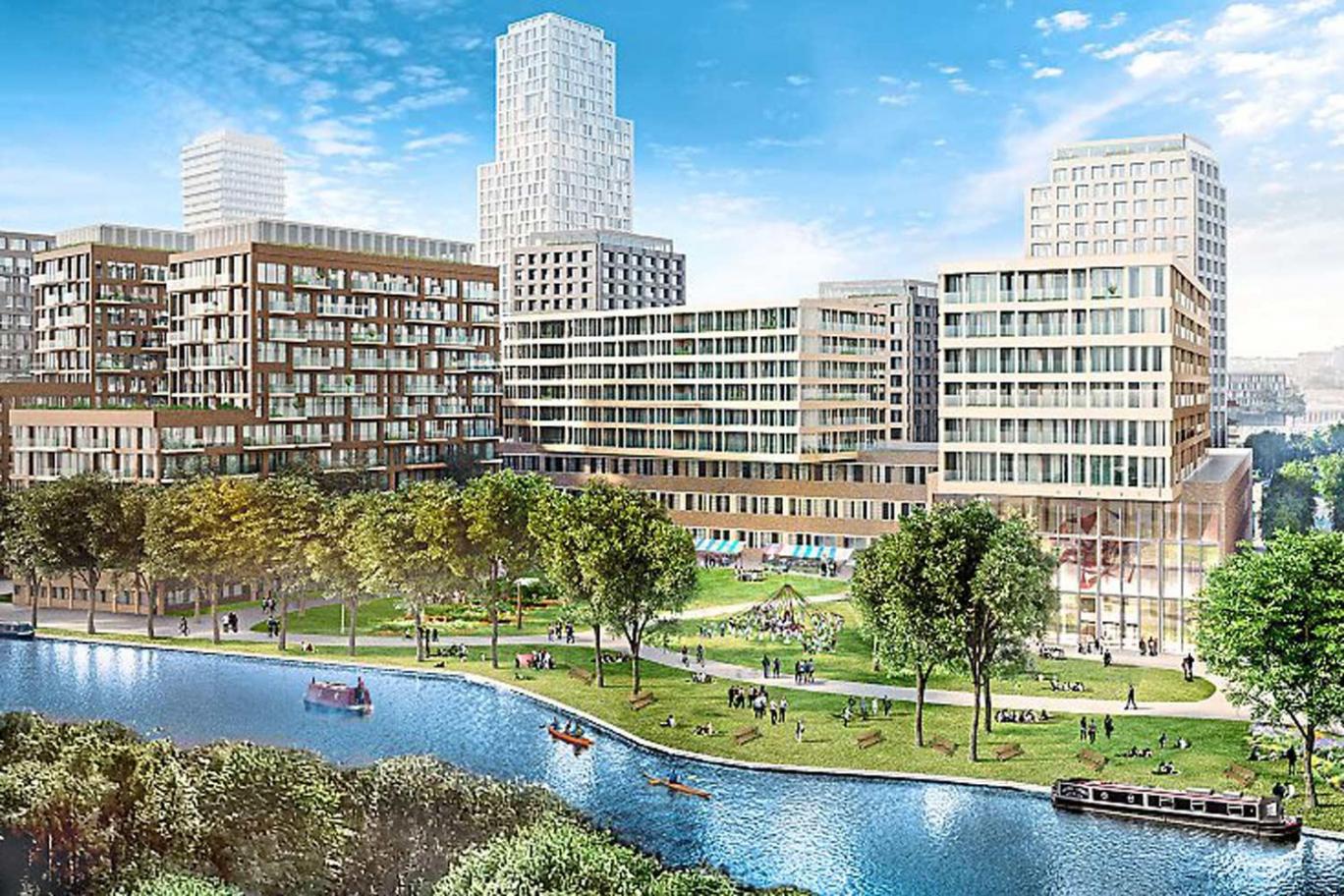 The tallest skyscraper in west London is to be at the heart of a canalside “new town” proposed for the vast Cargiant lot in Old Oak Common, the latest plans reveal today.

An apartment block of up to 45 storeys will be built at the centre of the site, which is being redeveloped by the used car dealer to finance its relocation.

If it wins consent from the Mayor’s Old Oak and Park Royal Development Corporation, the tower will be one of London’s tallest residential buildings.

There will also two towers of at least 30 storeys each and eight of between 20 and 30 storeys, according to the updated plans, which are due to be submitted for planning consent later this year.

The computer images of the scheme, known as Old Oak Park, have been produced ahead of a fourth round of consultation. The £5 billion proposal for the 46-acre site also features the retention of an old Rolls-Royce factory and a new basin off the Grand Union canal.

The unlisted Rolls-Royce building was built in the Forties and shut in 1982. It was on the site of a pre-war building, where bodies for Bentleys and the Rolls-Royce Silver Ghost were made. The planned number of homes being built at the Cargiant lot has been lowered from 7,000 to 6,500 — a further reduction from an initial estimate of 9,000. The company has not yet said how many of these will be affordable.

The latest update of the plans come days after Sadiq Khan announced a review of the entire Old Oak Common project due to concerns it may not be delivering enough housing for the city.

The OPDC is due to decide on the first planning application for Old Oak Common next week. Housing association Genesis and Queens Park Rangers have submitted plans for a 600-home development that also includes office and retail space. The scheme will have 40 per cent of homes designated affordable, up from a planned 30 per cent.

QPR hopes to build a 40,000-seater stadium at Old Oak Common but Cargiant has firmly rejected an approach to construct the venue on its land.