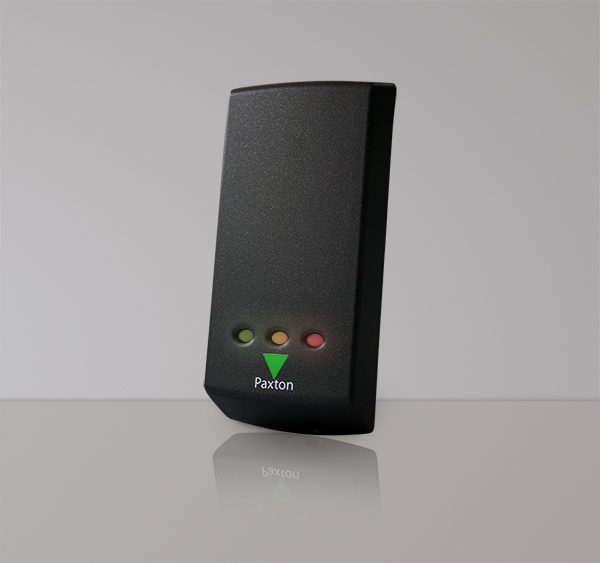 Paxton, UK market leader of electronic access control and door entry solutions, will star in series two of BAFTA award-winning ITV drama Broadchurch.
The hotly anticipated crime drama returned to screens on Monday 5th January, 2015 and pulled in 7.6million viewers. Starring David Tennant and Olivia Colman as police detectives, the show explores what happens to a community in Dorset when it suddenly becomes the focus of a shocking event.

Paxton were delighted to provide the show with a number of access control proximity readers to ensure the police station set was realistic. The readers offer simple installation and were quickly wired into place by an electrician who was working on the show. They were fitted to doors on the police station set and used during interview scenes.
Located at Longcross Studios, Surrey, the set was custom built to film the programme and took a considerable amount of time to construct. The main concern was to keep the set design as authentic as possible, whilst ensuring the practicalities of filming and the requirements of the camera crew and Director were met.

Kudos, the production company working on the show,. were really pleased with the final effect created by the Paxton readers as they were akin to what would be found in a genuine police station.
The company’s electronic access control systems are industry renowned for engineering innovation and appealing aesthetics. They have a choice of stylish readers compatible to a range of sites.

Tune in to ITV1 at 9pm on Monday to see the set in action.