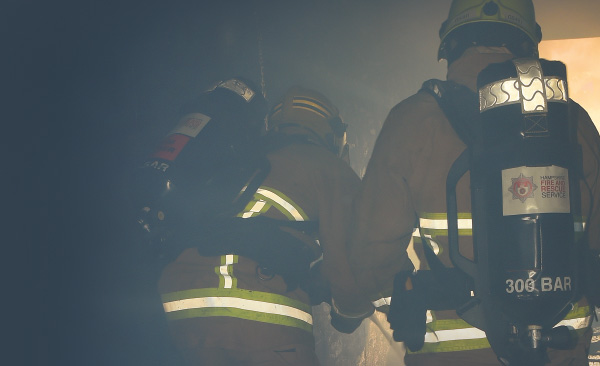 25 Nov Canary in a coal mine

In the years before the ubiquitous canary in a coal mine was used to detect gas leaks, newcomers to the mining team were sent in under a wet blanket carrying a lit torch which ignited the small pockets of gas or created an opening for a new recruit when a large gas pocket was found… Fortunately for generations of miners and canaries, these practices were abandoned when the flame safety lamp was invented by Sir Humphrey Davy in 1815.

The davy lamp consists of a wick lamp with the flame enclosed inside a mesh screen. The screen acts as a flame arrestor; air can pass through the mesh freely enough to support combustion, but the holes are too fine to allow a flame to propagate through them and ignite any firedamp outside the mesh.

The lamp also provided a test for the presence of gases. If flammable gas mixtures were present, the flame of the Davy lamp burned higher with a blue tinge. Lamps were equipped with a metal gauge to measure the height of the flame. Miners could place the safety lamp close to the ground to detect gases, such as carbon dioxide, which would collect in depressions in the mine; if the mine air was oxygen-poor the lamp flame would be extinguished. A methane-air flame is extinguished at about 17% oxygen content (which will still support life), so the lamp gave an early indication of an unhealthy atmosphere, allowing the miners to get out before they died of asphyxiation.

The catalytic sensor was the first gas detector that has a resemblance to modern technology. The sensors work on the principle that when a gas oxidises, it produces heat. The catalytic sensor works through temperature change, which is proportional to the concentration of gas. Whilst this was a step forward in the development of the technology required for gas detection, it still initially required manual operation in order to receive a reading.

Gas detection technology developed continuously throughout the 19th century and several different types of sensors are now in use including electrochemical, catalytic beads, photoionisation and infrared, along with the most modern sensors i.e. NevadaNano’s Molecular Property Spectrometer™ and Long-Life Oxygen sensors. These highly sensitive, accurate and reliable technologies protect personnel and reduce deaths.

Before the development of electronic household carbon monoxide detectors in the 1980s and 1990s, carbon monoxide presence was detected with a chemically infused paper that turned brown when exposed to the gas. Since then, many electronic technologies and devices have been developed to detect, monitor, and alert the leak of a wide array of gases.

As the cost and performance of electronic gas sensors improved, they have been incorporated into a wider range of systems. Their use in automobiles was initially for engine emissions control, but now gas sensors may also be used to ensure passenger comfort and safety. Carbon dioxide sensors are being installed into buildings as part of demand controlled ventilation systems. Sophisticated gas sensor systems are being researched for use in medical diagnostic, monitoring, and treatment systems, well beyond their initial use in operating rooms. Gas monitors and alarms for carbon monoxide and other harmful gases are increasingly available for office and domestic use.

A new and essential standard

A brand-new standard, NFPA 715, is essential for anyone concerned with helping to ensure safer fuel gas system installations. NFPA® 715, Standard for the Installation of Fuel Gases Detection and Warning Equipment, provides requirements for this vital equipment intended to warn occupants of the presence of gas in time to escape or take other action. This document addresses the selection, design, application, installation, location, performance, inspection, testing, and maintenance of fuel gas detection and warning equipment in buildings and structures.

The standard came into effect in April 2022 and experts are hoping the new document will help reduce the risk of gas fires and explosions, which on average kill 40 and injure 140 Americans each year, according to NFPA data.  Prior to NFPA 715, there was no comprehensive guidance on installing fuel gas detection equipment.

From 2007 to 2016, the number of residential gas leaks reported annually in the US jumped from about 100,000 to 141,000, according to an NFPA report published in 2018. As the country’s gas pipeline infrastructure continues to age, experts predict these numbers will continue to rise.

The requirements outlined in NFPA 715 were largely informed by a Fire Protection Research Foundation report released in August 20202. The study found that, in general, gas detectors aren’t as effective when placed near HVAC equipment, door gaps, stairwells, or other areas where there are openings or airflow. For natural gas, detectors worked best when placed closer to the ceiling, while for propane, they worked best when placed closer to the floor — this is because natural gas vapours are lighter than air and propane vapours are heavier.

The scope of the standard as published is:

Each section considers specific applications and purpose and the individual chapters include:

Several options are provided for the location requirements for fuel gas detectors:

There is a provision for combination CO/fuel gas detectors to be allowed. As CO is evenly dispersed within a space, the combination detector is to be sited based on the fuel gas that may be introduced within the environment.

The Annexes which follow contain essential information regarding the dangers and properties of fire and guidelines for Emergency Responders: how public emergency organisations respond to fuel gas incident calls…  Occupants are advised to act immediately is a gas odour is detected. Do not wait for a gas alarm to activate. Gas odour detection by a person with an average sense of smell could precede a fuel gas alarm activation; as a result either a gas odour a gas alarm should trigger identical response actions.

It is imperative for dispatchers answering a call for a gas odour or gas alarm to inform the fire department and appropriate utility operator(s) as soon as possible.

“It’s my hope that law-making bodies across the country will adopt the standard and make it enforceable,” said Stephen Olenick, the NFPA 715 technical committee chair. “Additionally, I hope authorities having jurisdiction will become aware of the requirements in the standard and start educating builders and requiring these best practices for the installation of fuel gas detectors and alarms in their communities. As more NFPA 715-compliant installations make their way into the built environment, it will provide a higher level of protection for the public.”

Provider of residential systems should become familiar with the requirements within this standard as it will be available to be adopted by the published building and fire codes, similar to how the use of CO detectors and alarms became mandatory.

1     NFPA NFPA 715, Standard for the Installation of Fuel Gases Detection and Warning Equipment